The Shane Detwiler Foundation is dedicated to the memory of Sheriff’s Deputy Shane Thomas Detwiler who was tragically killed in the line of duty, serving the citizens of Chambers County, Texas.

Our mission through fundraising is to provide scholarships to worthy individuals interested in pursuing a degree in criminal Justice at Sam Houston State University, Shane’s alma mater. In addition, the foundation will also raise funds for much needed equipment to improve the capabilities of the law enforcement agencies in and around Chamber’s County, Texas.

Shane joined the Infantry Unit of the Army directly after graduating from Cy-Fair High School in 1995. He served four years of active duty, with three of those years being stationed at Fort Stewart in Georgia and one year in Korea as a Sergeant.

Shane then decided to become a Texas Game Warden. He attended a six month training course in Austin, Texas. Upon graduating, Shane became a Game Warden in Chambers County.

At this point, he decided to return to the Army Reserve.  In 2005, he left for a year-long tour of duty in Iraq serving as a counterintelligence special agent for the 321st Military Intelligence Battalion, earning a Bronze Star and Global War on Terrorism Service Medal, as a Staff Sgt.

Shane then returned home to Chambers County and resumed his job with the Game Wardens. He was with the Texas Game Wardens for six years before deciding to become a Chambers County Sheriff’s Deputy in May 2009 so he would be able to spend more time with his wife and three young children. On July 13, 2009, Shane was fatally shot responding to a shots fired/disturbance call. The man that killed Shane then shot himself.

Shane had a tremendous driving passion to keep people safe and loved what he did. Shane’s entire adult life was spent serving his country, county, state and community.  It is our desire to help someone with the same passion for law enforcement that Shane had.

Stay tuned for pictures from our upcoming events.

2019 BBQ Cook Off and Car and Truck Show

2018 BBQ Cook Off and Car and Truck Show 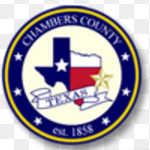 Donations to the Shane Detwiler Foundation can be made through Paypal or mail to:

Shane Detwiler Foundation is a nonprofit corporation (501c3) organized and operated exclusively for educational and charitable purposes. Specifically, this organization has been formed to (a) advance education and (b) support other organizations conducting charitable activities. Our organization has designed and developed one (1) program in furtherance of our purposes.